THANK YOU
Your trial typefaces have been emailed to you.

Type is the primary messaging tool at the heart of every design, and we make typefaces that accentuate and elevate a brand’s presence across every touch point. For every project, we perform in-depth research, experimentation, creative development, and testing – applying intricate craft and new technologies to typefaces that bring brand identities to life.

In addition to our library of versatile typefaces available for licensing, we have designed custom typefaces and logos for global brands – including adidas, Uber, the LA28 Olympics, Warner Bros, MGM, Pfizer, Penguin Random House, The Atlantic, and Bon Appétit.

Our creative process is rooted in collaboration. We’ve built lasting relationships with prestigious firms like Pentagram, Collins, Wolff Olins, and Turner Duckworth. Our work has been honored by the Type Directors Club and AIGA, and our typefaces have been exhibited at MoMA PS1, the Cooper Hewitt National Design Museum, and the Walker Art Center.

“MCKL’s typography is drop-dead gorgeous and has improved the quality of every identity I have designed.”

“MCKL’s typography is drop-dead gorgeous and has improved the quality of every identity I have designed.”

“My experience working with MCKL as a creative partner and expert craftsmen of type design has always been a true joy.”

“My experience working with MCKL as a creative partner and expert craftsmen of type design has always been a true joy.” 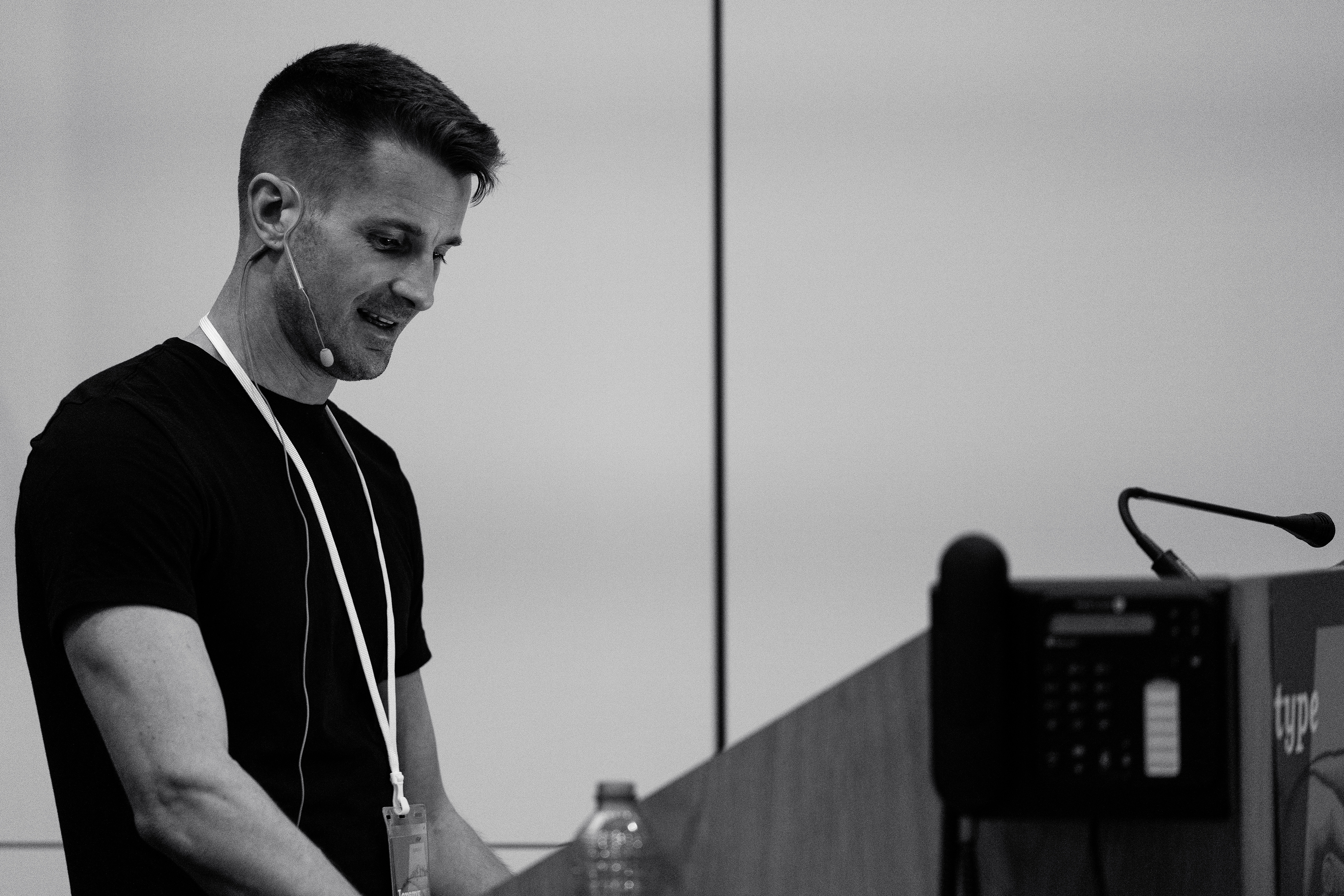 Originally from Ohio, Jeremy studied Fine Arts at Indiana University and moved to New York City in 2001. He worked at Carbone Smolan and Columbia University before starting his own design practice, and continued his education at The School of Visual Arts, where he studied type design with the legendary Ed Benguiat.

He released his first typeface, Router, in 2008 and launched MCKL as a foundry and design studio in 2012. He has published many popular typefaces over the last 15 years and built an international reputation for custom work.

Jeremy lives in Los Angeles with his husband and their adorable french bulldog, Bruno. Their house was recently featured in Dwell Magazine.

Douglas Hayes has been working with MCKL since 2016, contributing to Specter, Logic, Owners, and Trust fonts. He has also assisted with custom logo and typeface projects for The Atlantic and Bon Appétit, among others. He holds a BFA in graphic design from The University of the Arts, and a Certificate in Typeface Design from the Type@Cooper Extended Program.

While working with MCKL, he has also found time to collaborate on projects for Tidal Magazine, Transport NY, Nowadays Creative, and Young Jerks Studio. Douglas is a native of Buffalo, New York, and currently resides in Brooklyn.

Graham grew up in Los Angeles, and began his career in type design as the first employee at Frere-Jones Type, where he worked on Mallory and Retina. He has collaborated with MCKL since 2018, contributing to custom fonts for Ogilvy and the MCKL typefaces Owners and Trust, among others. He also designs typefaces for clients and retail licensing at his own studio, A+.

Graham is a contributor to Future Fonts and is the lead instructor for typeface design at Type West at Letterform Archive in San Francisco. He studied at the Type@Cooper program at The Cooper Union, and is a graduate of the University of California, Berkeley.

Born near the seaside in Constanța, Romania, Sabina studied Graphic Design at the National University of Arts, Bucharest, and Type Design at the Advanced Typography Master at EINA University, Barcelona. She also attended the TDi intensive summer course at the University of Reading, UK.

Sabina’s Aura typeface, designed while working at SeriesNemo Studio, won Gold at Anuaria, Spanish Design Awards. Her Rosella typeface, published by Monotype, became a bestseller and was used for the logotypes of The Kardashians and the Hollywood film Wrath of Man.

Sabina lives and works in Amsterdam, and lectures at type conferences internationally.