Want to hear the latest news from MCKL? Sign up for our newsletter!

THANK YOU
Your trial typefaces have been emailed to you.

Owners is an expressive family of fonts that takes inspiration from the dynamic energy of handmade signage as seen around Los Angeles. These signs are made in the International Style, but warmed up through the quirk and charm of vernacular signmakers’ unique approaches to letterform construction. As signs come in all shapes and sizes, the letters are often stretched to fill necessary spaces, thus Owners has a diverse range of weights and widths. The fonts are set tightly for maximum headline impact and logo-like presence, and there are also Text versions for use at small sizes.

In the summer of 2015 I moved from Minneapolis to Los Angeles with my husband Joe and our French bulldog Lucy. After living together in New York, Rhode Island, and Minnesota, we were excited to be relocating to sunny California.

We settled into the hills of Silverlake, a popular neighborhood with trendy restaurants and shops, well known for being one of the more walkable parts of LA. At the heart of Silverlake is its reservoir which features a two-mile path that locals love to walk and run around.

On one of our first walks with Lucy around the reservoir I was taken by a sign posted in various places along the path. Its message was straightforward — pick up after your dog — but something about the execution was exceptional. 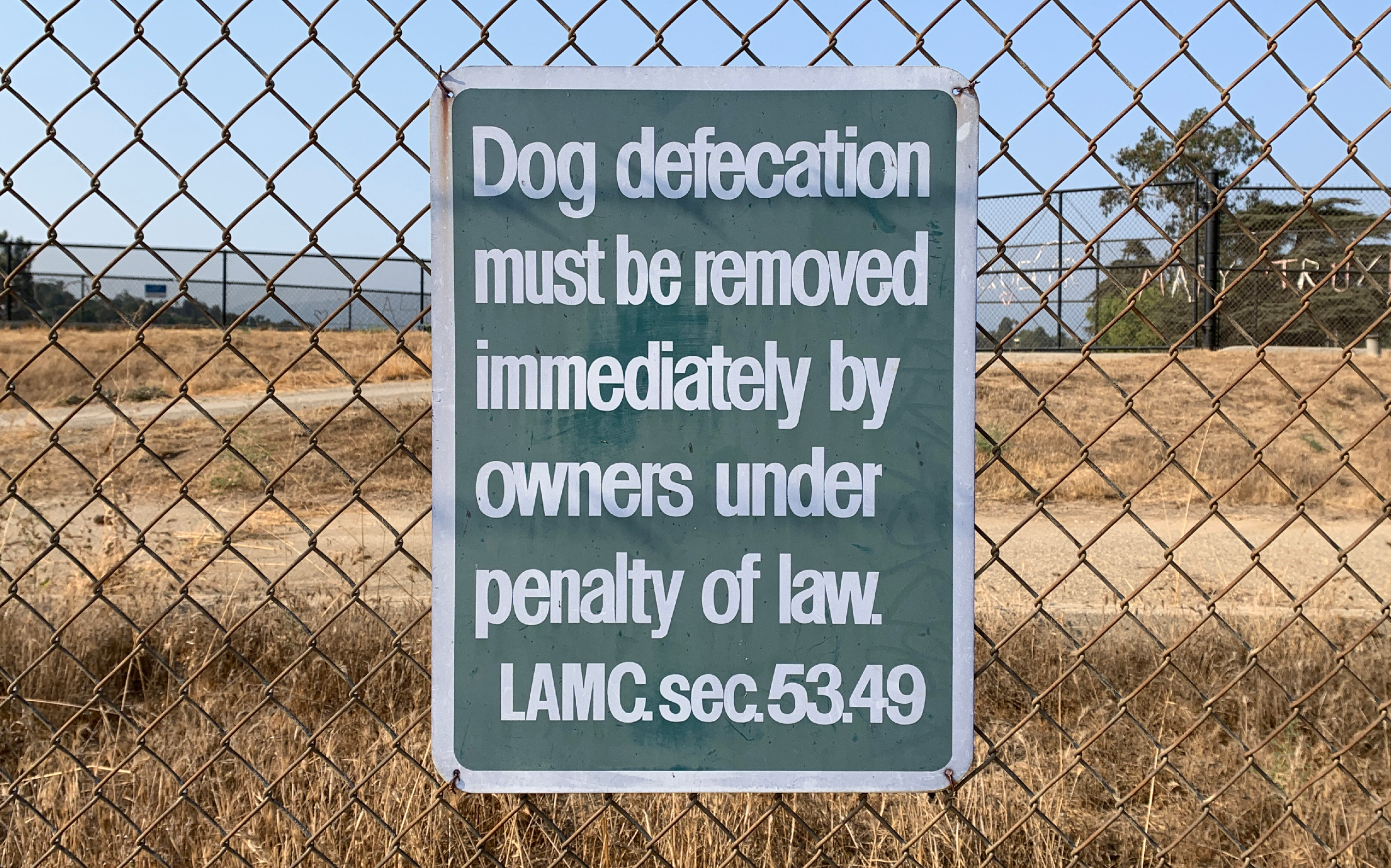 At first glance it looked a bit like over-tracked Helvetica, but on closer inspection it became clear this was lettering.

I loved how tightly the letters were spaced, with some glyphs overlapping. Each letter was slightly different, and the construction and proportions of the characters were inconsistent and slightly naive.

Detail of the original sign at the Silverlake reservoir.

Other LA Park signage with handmade typography in a similar style, with charming illustrations.

Detail of other LA park signage in a similar style.

Other LA Park signage in a similar style.

I noticed similar signage in other public parks throughout LA. While there were common elements shared among them, it seemed each sign had been drawn by different hands. Some of the signs were spaced tightly and some were more conventional, but it was clear they had all been made by hand before being mass-produced.

Handmade signage, both historical and modern, can be spotted throughout Los Angeles. Many of the signs were created in the ‘International Style’ – 90° terminals, low contrast, and modern proportions. Perhaps this is common all over the country (or around the world), but in these applications a uniquely Californian vibe emerged and I began to conceptualize these ideas as a family of fonts. Just as signs come in all shapes and sizes,I thought that this style of lettering would lend itself well to a bigger family with a range of weights and widths. 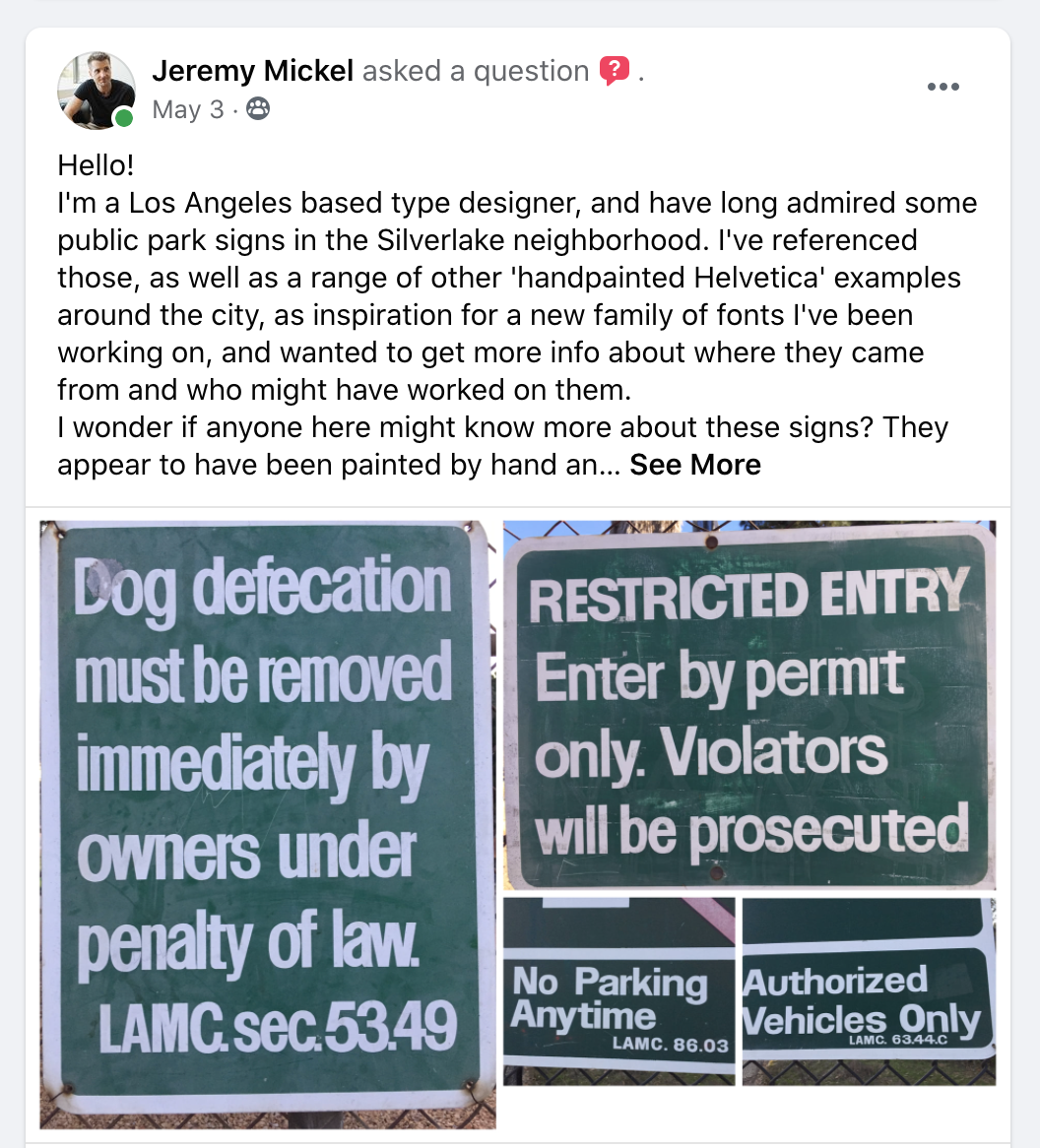 Curious to learn more about the origin of the park signage, I posted on John Downers’ Sign Painting Support Group on Facebook. John agreed that these signs were handmade lettering that had been silkscreened and most likely produced in a municipal sign shop. As it was likely 30+ years ago since their creation, it was unlikely that any records would have been kept about who made the signs. He connected me with Doc Guthrie, the legendary LA sign painter and instructor of the Sign Graphics Program at LA Trade Tech, one of the last sign painting programs in the country.

Doc was blunt in his assessment: These were terrible signs, and they may have been painted by the silkscreeners themselves.

Silkscreeners were not sign painters. They wouldn’t know the rules about letterform construction or the sign-painting tricks of the trade. Doc reached out to a few colleagues but no one had any leads on the signs’ origin. He suggested inquiring with the LA Department of Transportation and the Department of Public Works, but after multiple unreturned phone calls and emails I gave up. The identities of the original sign makers may be lost to history, but their work became the inspiration for this project.

If anyone has information about who made the original lettering for the Los Angeles Public Parks, I’d love to hear from you.

I found these shapes to be incredibly plastic, with an analog quality that I strove to maintain.

I began drafting the fonts that would become Owners in early 2018, named as an homage to the sign from the reservoir. In some of my early tests, I wrestled with what to keep and what to let go from the source material. I loved the tight spacing, the large x-height, and the overall personality of the park signage, but I wanted to be careful to make this more than just a digitization. Partially inspired by the variable fonts I made for adidas, I performed some tests for very wide and very narrow versions, as well as drawing light and heavy weights. With a full draft of the widths and weights in hand, I could really envision the possibilities of this family.

Inconsistent constructions add to Owners’ charm: p has a soft join, n has a hard connection, and a has both qualities.

Tight spacing works for Owners (at left) in display, but causes problems at small sizes. Text (at right) solves this with looser spacing, smaller x-height, and more open letterforms.

Owners italics are obliques, with subtle shifts to keep the shapes dynamic, such as rotated terminals in glyphs like s.

Tight spacing means tight accents, but that can cause spacing and overlap issues. We addressed this with contextual fixes (at bottom).

One detail which became a defining characteristic of Owners comes from the original sign at the reservoir — an inconsistency in the construction on the way strokes join. Round characters like b d p q have a smooth connection to the vertical stem, while characters like h m n r u have a hard join. And the wonderful a exhibits both of these qualities, a smooth join at the top and a hard connection at the bottom. While this played against my usual instincts for a standardized approach, it added a great deal of warmth and subtle personality to the design.

Tight spacing is one of Owners’ most distinctive qualities. While this works great in headlines, it causes problems at small sizes.

I had considered making a Text version early in the process, and when Collins asked me to customize Owners for their Sweetgreen rebranding, I saw the obvious benefit. While Owners’ most dramatic aspects are in the display version, Text has many of the same attributes but with a more modest x-height for better word-image readability, more generous spacing for better overall rhythm, and more open counters on characters like C c e.

Tight spacing presents some problems with collisions, especially with international accents. Working with my designers on the project, we implemented a system to keep the spacing (as well as the margins between glyphs and accents) tight and consistent. Because of the overshoot of round characters like e, the accent placement got too close compared to flat characters like z. Shifting the accents vertically felt distracting, so shorter accents were combined with the round glyphs.

As a side note – while Owners was being finished, I learned about Kyle Wayne Benson’s Nudge, which takes a different approach to the same source material at the reservoir.

At this point we started working with our dear friend and amazing collaborator Zipeng Zhu on some creative direction for the Owners release. I couldn’t be happier with the end result, with a visual campaign of directional signage, dynamic animations, dog-themed content, and more.

Owners includes 110 styles (98 styles of Display + 12 styles of Text), and there are already plans for additional styles in the near future. A variable font is available upon request, and a monospace is also under development. So, stay tuned! 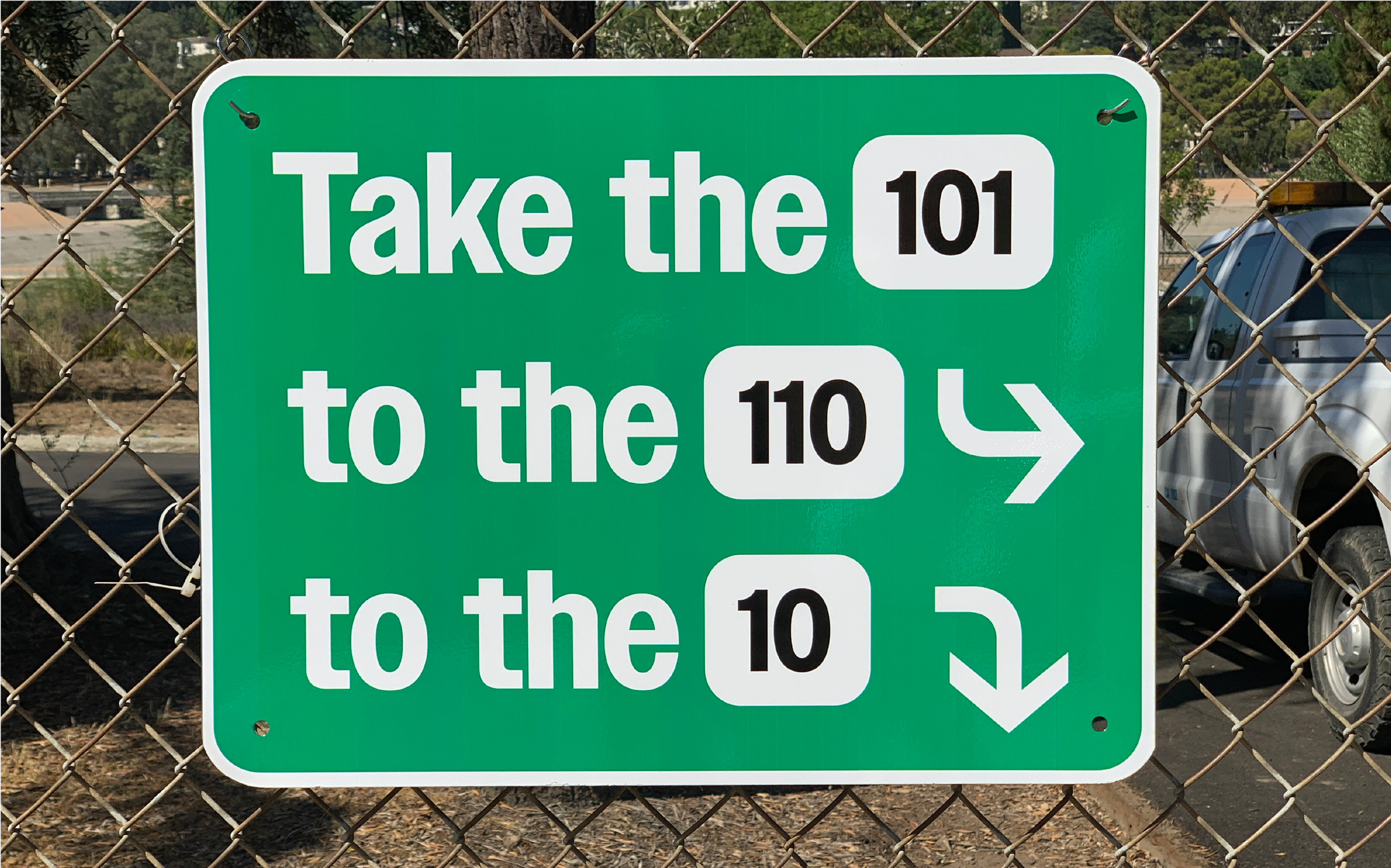 To bring the design process full circle, I decided to produce some signage of our own and install it (temporarily) at the reservoir.

Thanks to my fantastic team on this project: type designers Douglas Hayes, Graham Bradley, and Sabina Chipară; studio manager Suzy Birmingham; and the fabulous graphic designers and animators Zipeng Zhu and Sam Lee.

We hope you enjoy using Owners as much as we enjoyed making it.

Owners, designed by Jeremy Mickel in 2021. Published by MCKL and available exclusively at MCKLtype.com.